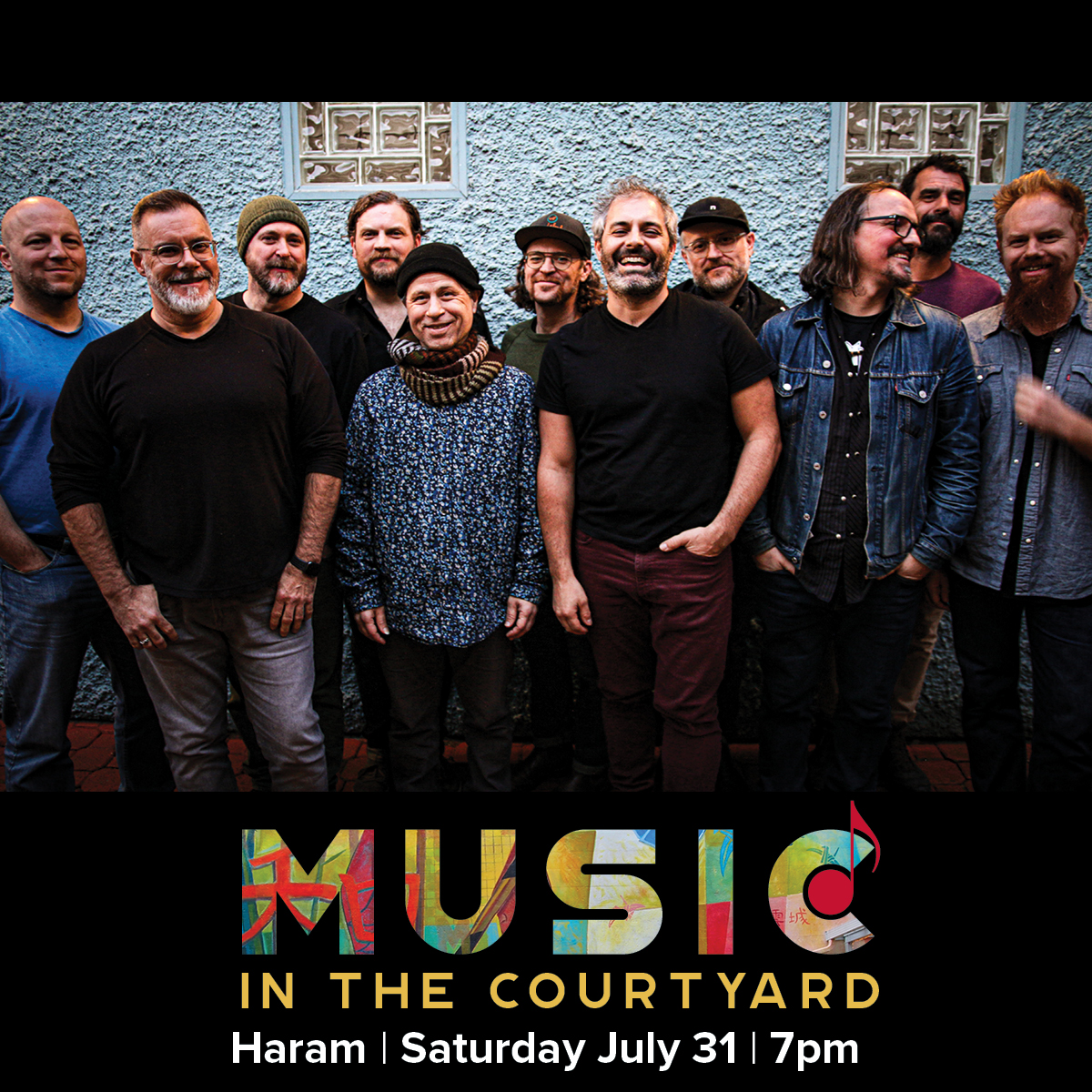 Haram  – Presented in partnership with the Firehall Theatre, as part of their Music In the Courtyard Series

Patrons are limited 10 tickets per show. No resale. Masks are recommended. The lobby will open 1 hour prior to showtime.

Juno Award winner Gordon Grdina formed the ensemble Haram in 2008 to interpret classic Arabic repertoire. Starting with Iraqi folk music and the great era of Egyptian radio music when Oum Khalsoum and Farid Al Atrash reigned, they have since expanded to include classic Sudanese and Persian repertoire. The pieces are lovingly reinterpreted with an ensemble half studied in the tradition and half in avant-garde improvisation. This blend of traditions is what gives Haram its unique sound. By combining improvisation and arrangements, the band keeps alive the spirit and Tarab inherent in the compositions. The music has developed into a state of effortless cohesion mixed with wild abandon conjuring up a sense of respect and homage while being explosively self-expressive. Haram is a powerhouse ensemble playing a repertoire that has been revered by millions.
https://haram.bandcamp.com/