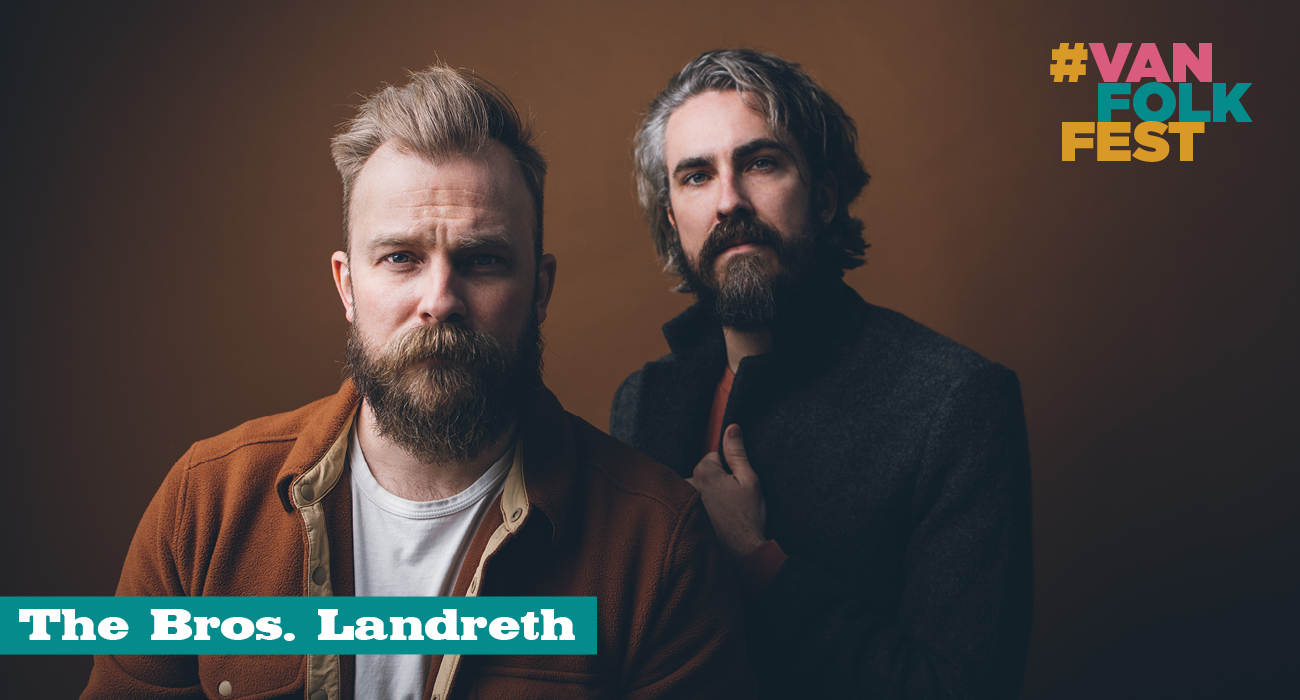 The Bros. Landreth’s newest release, Come Morning, marks both a rebirth and refinement of the band’s blend of North American roots music and harmony-heavy soul. Come Morning finds JUNO Award-winning brothers Joey and Dave lacing their melody-driven songs with layers of atmospheric synth, organ, and textured guitar. The group’s previous albums shone a light on their strength as a live act, capturing the spontaneity and sonic stomp of a band of hard-touring road warriors. If those records unfolded like snapshots of The Bros. Landreth’s nighttime shows, then Come Morning sketches a markedly different picture, showcasing the introspection and clarity that comes with a long period of rest.

After pursuing separate careers as sidemen, they launched The Bros. Landreth with 2013’s Let It Lie, a debut album that drew upon the shared soundtrack of their childhood — Bonnie Raitt’s blues, Little Feat’s funky country-rock, Ry Cooder’s eclectic instrumentals, Lyle Lovett’s twangy traditionalism — for a sound that saluted the past while planting its flag firmly in the present. Let It Lie was a hit on both sides of the Atlantic, and received praise from heroes like Bonnie Raitt. In 2022, Raitt released a cover of The Bros. Landreth’s 2013 “Made up Mind” on her new album, Just Like This.