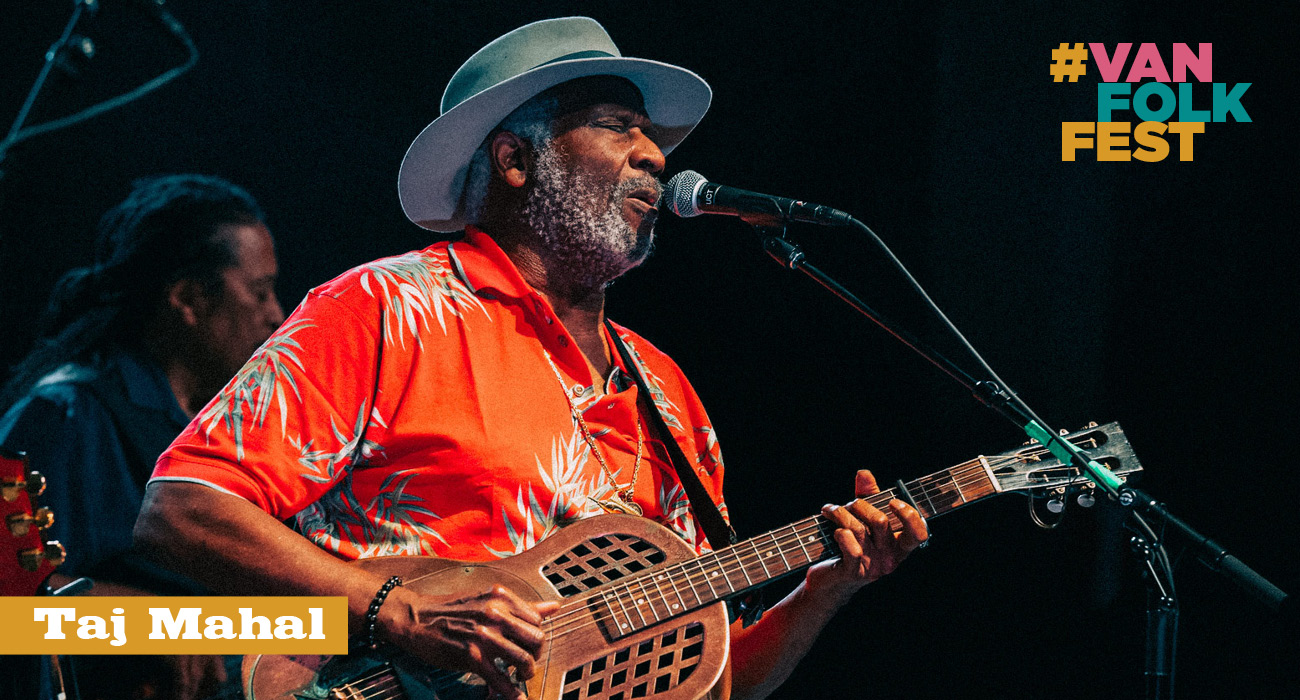 Taj Mahal embodies the blues. He is a towering musical figure – a legend who transcended the blues not by leaving them behind, but by revealing their magnificent scope to the world. Quantifying the 77-year-old’s significance is impossible, but people try anyway. A 2017 Grammy win for TajMo, His collaboration with Keb Mo’, underscored his undiminished relevance more than 50 years after his solo debut. Blues Hall of Fame membership, a Lifetime Achievement Award from the Americana Music Association, and other honours punctuate his résumé. Taj appreciates the accolades, but his motivation lies elsewhere. “I just want to be able to make the music that I’m hearing come to me - and that’s what I did”, Taj says. “When I say, ‘I did,’ I’m not coming from the ego. The music comes from somewhere. You’re just the conduit it comes through. You’re there to receive the gift”.  Luckily for all of us, Taj Mahal generously shares that gift in all his performances. We are ecstatic to have him join us at VFMF this summer.