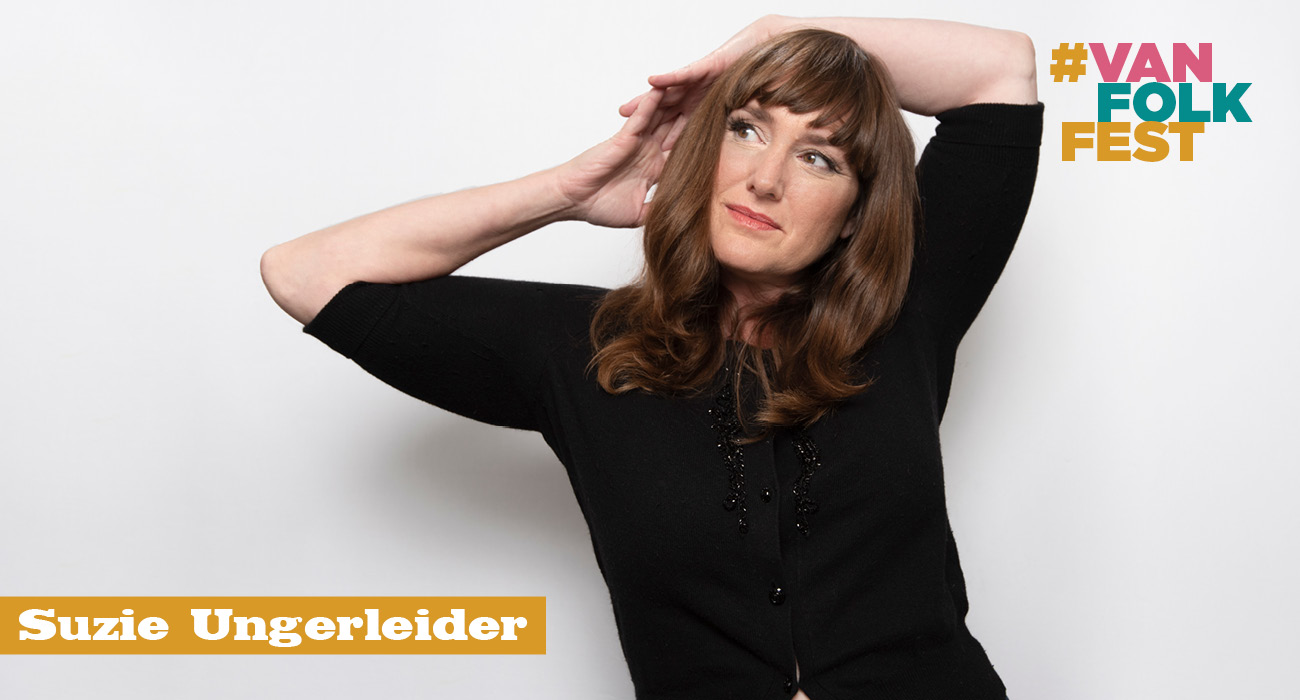 Two-time Juno nominee Suzie Ungerleider officially opened a new chapter of her already distinguished and highly successful career with the release of her new album entitled My Name is Suzie Ungerleider. The artist formerly known as Oh Susanna made the moniker shift as both a personal and political decision, fuelled by her realization that ‘Oh Susanna,’ the Stephen Foster song of 1848, contained racist imagery and a belief system that she wanted no part of. She came to understand its historic associations to minstrelsy, a tradition both degrading and dehumanizing to black people. Leaving Oh Susanna behind, and now based in her hometown of Vancouver,  she’s become her true self with a wonderful record that marks a fresh beginning, a collection of new compositions that refresh and redefine who Suzie Ungerleider is.