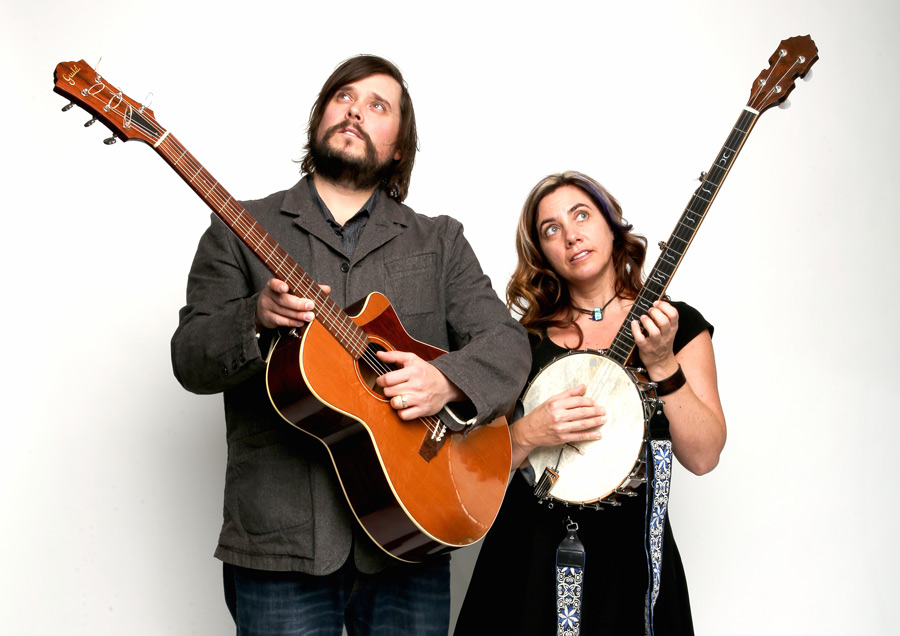 “The Small Glories are the ultimate: two amazing solo performers who somehow manage to melt into one entity, creating incredible harmonies that still raise the hairs on the back of my neck as I write.” — Jennifer Ives, AD, Live from the Rock Music Festival

“Can two singer-songwriters be better than one? Yes, emphatically, yes, if the two in question are Cara Luft and JD Edwards…It’s magic.” – The Winnipeg Free Press

Some might call it kismet, or destiny, or a karmic concurrence. Whatever forces, even just plain old good luck, that brought Cara Luft and JD Edwards together to create The Small Glories, let us just say “thanks.” This powerhouse duo deliver some damn fine folk/roots/Americana music marked by stellar vocals and first-rate picking.

They are a self-professed “study in contrasts,” Luft’s folkie yin proves a perfect match for Edwards’ rocker yang. A native of Calgary, Luft was raised in a musical family, singing and playing a variety of acoustic instruments. She’s previously released three solo records, and one as a founding member of The Wailin’ Jennys. Oshawa-born Edwards established himself in Winnipeg as the lead singer of the JD Edwards Band, showcasing a wide variety of influences on the gospel-soul-folk-rock spectrum, rooted by his gritty vocals. Thrown together purely by accident for an anniversary show at Winnipeg’s West End Cultural Centre, their two different paths wound together, an instant connection was realized, and the Small Glories’ debut recording, Wondrous Traveler (2016) resulted.

The album found its way onto many critic’s Top 10 lists across North America and Europe, and The Small Glories are finding themselves on stages from Canada to London and beyond. Together, Luft and Edwards are a musical tour de force, and when their voices come together in harmony – well it’s the stuff of which goose-bumps are made.