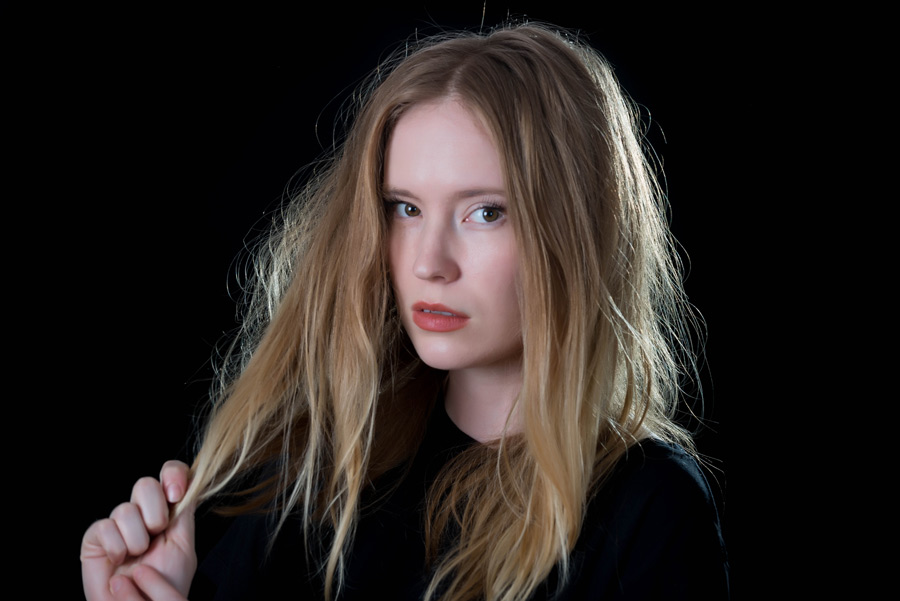 “[Her] voice soars like colliding fireworks filled with the thirst of lovers.” – Noisey

Skye Wallace is what happens when a classically-trained singer with Maritime roots discovers punk rock in their youth and writes folk music that makes you want to put on your high-top sneakers and rock out to your hairbrush in the bathroom mirror.

Hailed as a “national treasure” – Sad Mag, Wallace truly embodies ‘Canadiana’, however you might define it. With family ties to the Maritimes, and her youth spent in the west, she now calls Toronto home. But it’s not just geography that informs her sound.

Her lyrics are often based on Canadian history, inspired by struggles and stories from the past – though this doesn’t result in nostalgic sounding music. Her songs may have roots in folk, but they branch out into so much more – sometimes moving, often soulful, always exciting, and, at times, straight up rowdy. Her voice effortlessly moves from sultry purrs to eager yelps and sombre lows to kitchen party highs.

Her third and most recent album, “Something Wicked”, was produced by Toronto’s Jim Bryson and was named one of Vancouver Weekly’s ‘Best Albums of 2016’, CBC’s ‘Top 8 Albums You Need To Hear This Month’, and was dubbed by CBC’s Stephen Quinn a “kick @$$ record”. She’s been called one of Canada’s best female artists by Chart Attack, and has toured multiple times across Canada and Europe, exciting and entertaining audiences one show at a time.