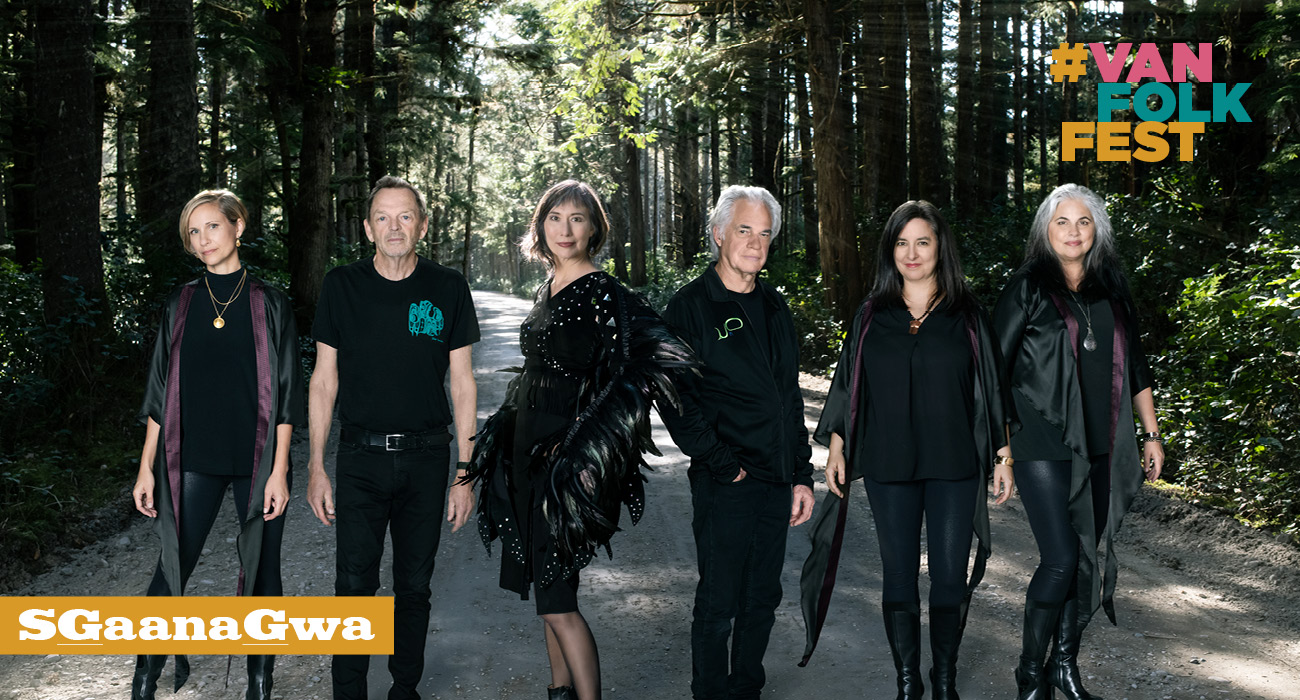 SGaanaGwa integrates ancient Haida knowledge and oral traditions and draws upon the magic that occurs in both traditional potlatches and jazz, which they bring to their live performances. Their concerts are an invitation to explore new territories, to share music, knowledge and sounds that summon feelings and images that flow from the Supernatural landscape. A driving force of the band is the desire to propel the conversation about past and future, history and legacy, and the human experience of the Supernatural Realm around us. “We want to connect people of different backgrounds, to help bridge cultures, and to have some fun on the way”.

Terri-Lynn is an award-winning singer whose life’s work and passion is to preserve Haida music, culture, and laws. Grizzly Bear Town is Terri-Lynn’s third album in the endangered Haida language. Some of the album was filmed and recorded in Haida Gwaii and is evocative of the spirit of primordial Haida Gwaii.