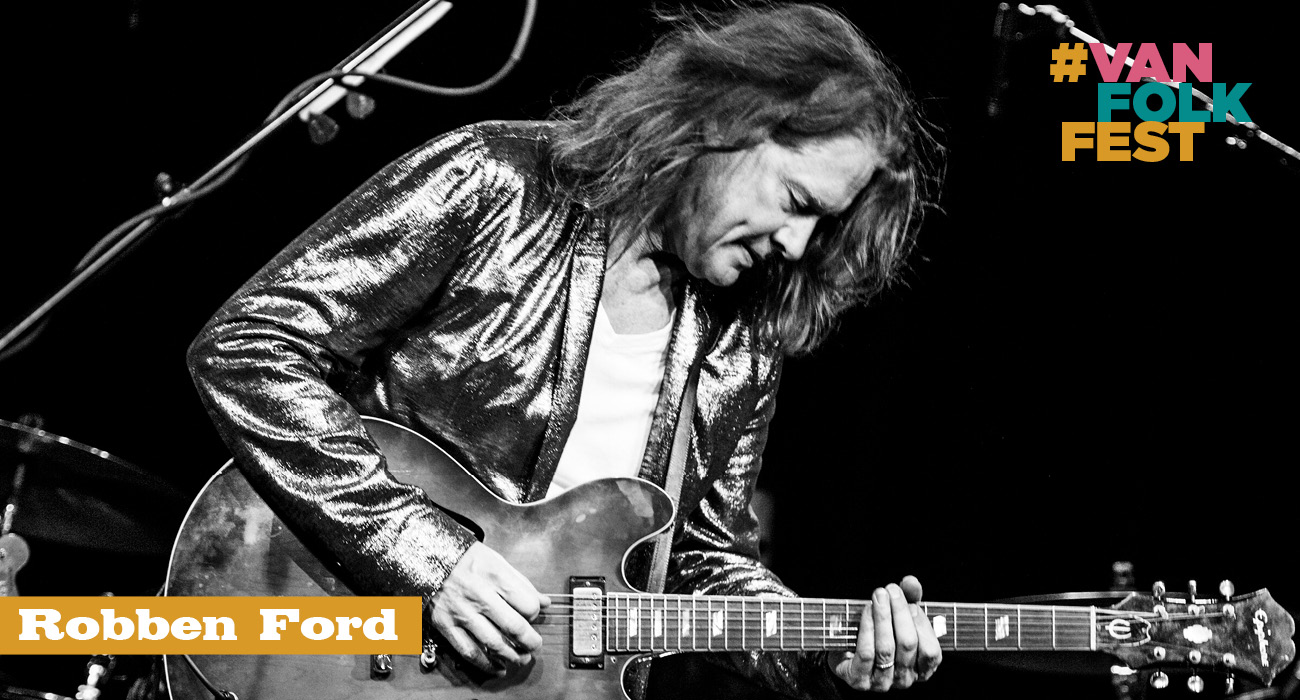 Robben’s early influences include time spent at The Filmore and Winterland auditorium in the 60s seeing Jimi Hendrix, Eric Clapton, Cream, Led Zeppelin, Albert King, B.B. King and all of the progenitors of blues. Influences including Paul Desmond and The Dave Brubeck Quartet, Ornette Coleman, Archie Shepp, Yusef Lateef, Roland Kirk, John Coltrane, Wayne Shorter, and of course, Miles Davis, all play a part in defining the particular blend of blues and jazz that defines his style.

An important and essential component of Robben’s career is his commitment to teaching and passing on what he’s learned over the past 40 years to current and future musicians. His instructional videos and clinics over this time have culminated in a collaboration with TrueFire and the birth of the Robben Ford Guitar Dojo. The wealth of his expertise and creativity is generously presented in these state-of-the-art productions, and will be, for years to come.