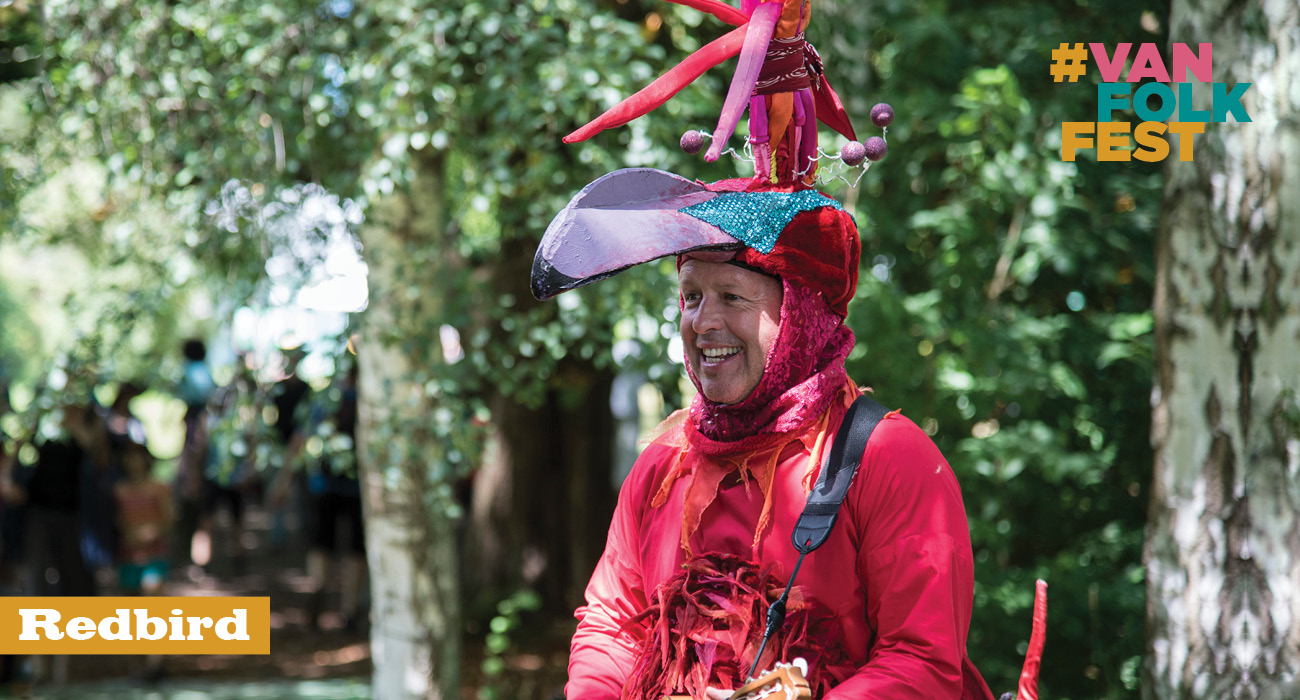 Redbird has been performing at his most favourite festival – this one! – for over 15 years. You can often find him near a shady tree, singing and making up songs with little folks – or dancing his way between stages. In the last few years, Redbird’s family & friends have joined him to teach stiltwalking & juggling to peeps of all ages, and to perform around the park. Redbird is Peter G-G – actor, musician & physical theatre artist: he has performed in lead & supporting roles in plays & musicals, and in film/TV, for almost 40 years. He’s released two solo albums, has songs in several films, and plays and sings w/ local ‘dad’ band, ze Lollygaggers. Peter’s interactive show for youth, Let’s Make a Song! is a hit at festivals near & far, and he also loves performing on stilts with his kids Sapphire & River, and partner Jennifer-Juniper, as The SuperFun Stiltwalking Family. Make sure to say hi and make up a song with Redbird any time, anywhere, this weekend!