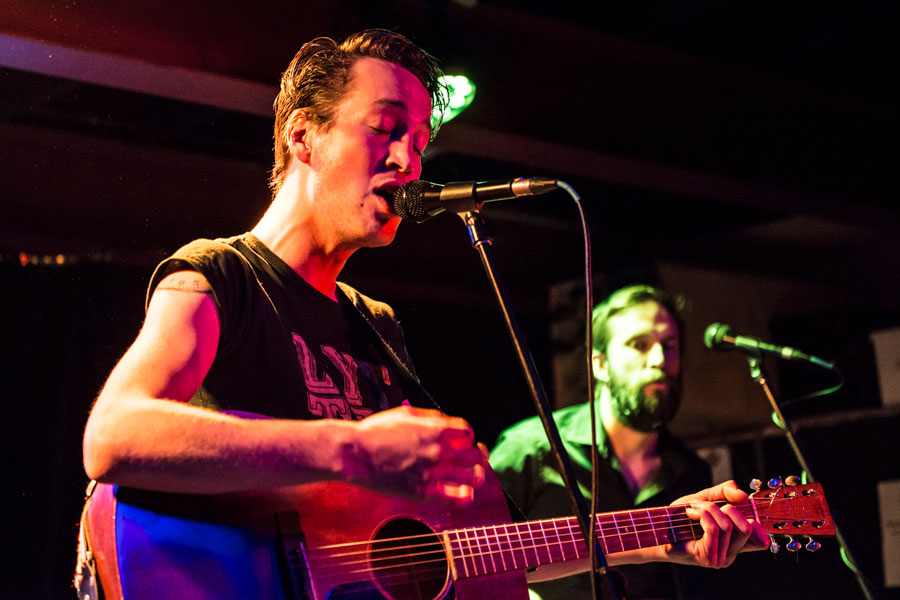 This festival has kind of a rep, built over 40 years, of being a place where careers of up-and-comers can kind of take off. Folks on site are quick to spot and share who is creating a buzz, who other fest-goers should watch for, go see. Who’s really good. Such it was for Marlon Williams on Friday afternoon, July 17, 2015 in the Hard Luck Stories workshop on Stage 2 that also included Mary Gauthier, Lindi Ortega and Richard Thompson. He barely finished his first song, and the word went out. Spread. Even amongst this pretty impressive company, this first-timer, this newcomer, blew everyone away. The question on everyone’s tongue was “have you seen Marlon Williams yet?”

Turns out we were just cottoning on to what a good chunk of the Southern Hemisphere already knew, at least in his home turf of New Zealand and substantive parts of Australia. Those folks were already fixing to give him awards. Since then, he’s won many of them, released his solo album internationally in February 2016 and  spent the rest of the year selling out shows across North America and UK/Europe, playing major festivals, making appearances on tastemaker radio and TV shows and getting himself better known on a number of continents.

It’s the great songwriting, the countrified sound that’s impossible to pigeonhole – and it’s one of the most versatile and evocative voices you’ll hear this or any other year. We’re happy he’s back at the festival, this time with his band, the Yarra Benders – named after the legendary pub venue, the Yarra Hotel, in his adopted home of Melbourne.