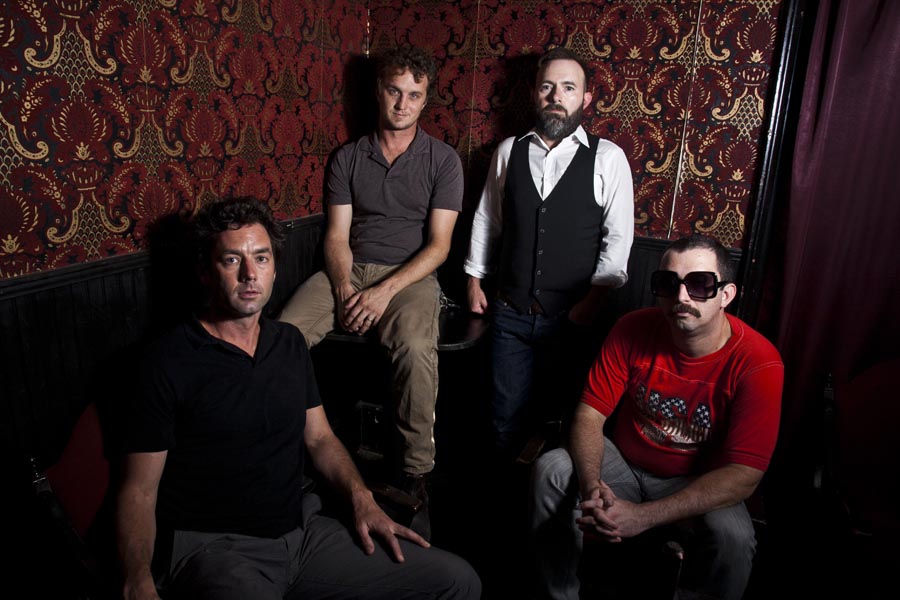 Not your average Cajun band, Lafayette Louisiana’s Lost Bayou Ramblers “bring alt-indie-rock sensibilities, effects and energy to the fore without abandoning for a second the rich traditions, or the Cajun French language, of Acadiana.”

Lost Bayou Ramblers was born deep in South Louisiana performing old style, predominantly acoustic Cajun music at clubs and festivals across the US, Europe, and Canada. After years of playing traditional Cajun tunes, LBR found themselves needing to grow. They wanted to create a new sound that combined not just the sounds of their rich heritage, but all the musical influences they grew up loving.

A transformation of sorts began with the recording of Mammoth Waltz at Dockside Studios in Maurice, Louisiana circa 2012. The idea was to incorporate more influences, sounds, technology, and stylings with the traditional Cajun instrumentation. “We’re exploring all the possibilities, exploring our options,” explains singer and guitarist Cavan Carruth. “It keeps our music relevant, and it keeps us interested. It also keeps the crowd interested.” They found a way to make it work.

Their raw, sparkling tunes span everything from Cajun and Francophone traditional songs to raucous and rocking originals. It’s genre-busting music that excites, challenges, and redefines your expectations. You’re gonna love every second.