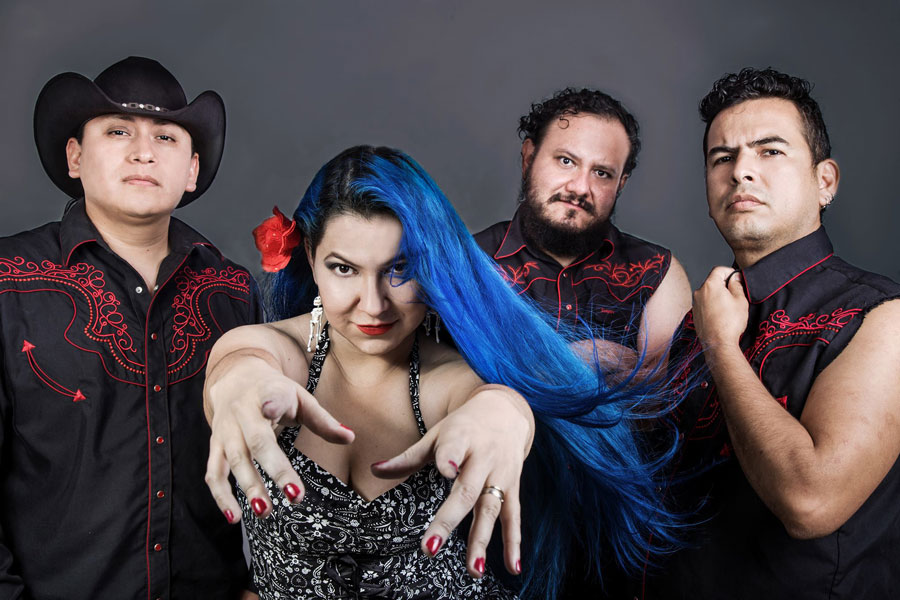 The band’s members grew up in Mexico, surrounded by traditional music and folklore in their homes. They believe there are no borders in their music, that enjoying rock, country, and rockabilly does not prevent them from continuing to perform mariachi or sones or even merging these various styles.

La Mexcalina were originally founded with Jazz Díaz on vocals and rhythm guitar, Fernando Briones on drums, and Edgardo Díaz on bass. They remained a trio until 2015, when Raul Cruz joined on lead guitar, becoming the fourth official member. Under this new lineup, La Mexcalina recorded their debut self-titled.

Moved by the desire to further enrich their sound, La Mexcalina added a pair of instruments. Edgardo picked up the contrabass, and Jazz added a Texan box guitar. With these new sonic additions, the band recorded their second release, El Cardenchero, in November 2017.