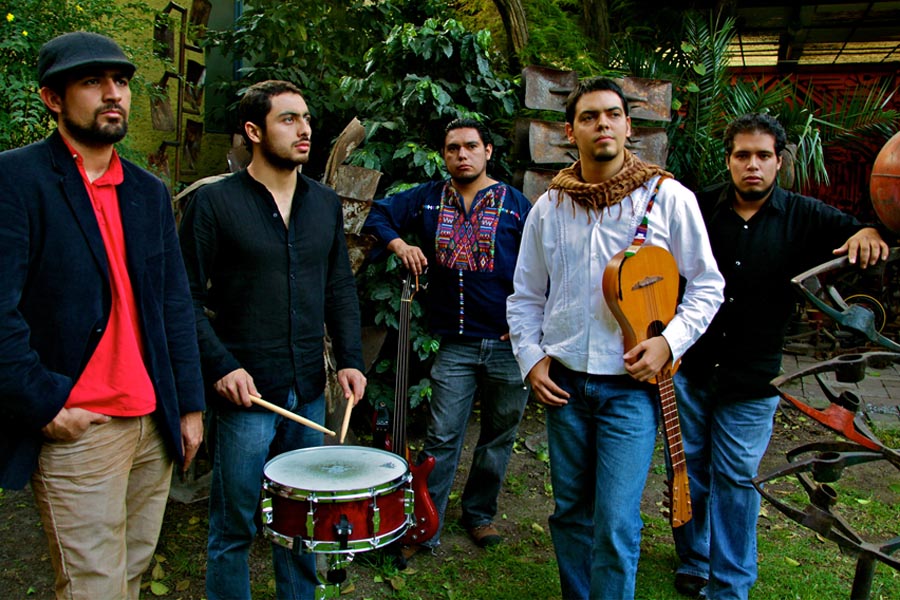 La Manta is a voice that celebrates the wonderful richness of Mexican music. The group is dedicated to the interpretation of traditional Mexican music while fusing it beautifully with shades of jazz along with flamenco, rock and other Latin American folk influences. Five young virtuoso musicians formed the group in Xalapa, Veracruz in June 2009, and although, they have different origins, education, and influences, they all share a strong passion for traditional Mexican music. Each has worked diligently to study and master the essence of these traditional styles.

La Mantaʼs set list is a meticulous selection of music that incorporates the most representative songs from the different regions of Mexico, including Son Huasteco, Huapango Norteño, and Son Jarocho. They also write their own original compositions that reflect a passion for the expression of traditional Mexican music, yet open to other influences.

Over the last couple years, the group’s reach has grown exponentially. In March 2013, they participated in Cumbre Tajín, one of the most important music festivals in Latin America, sharing the stage with international artists like Regina Specktor and Pet Shop Boys. In November of 2012, they opened for Led Zeppelin’s Robert Plant at the Auditorio Nacional in Mexico City.