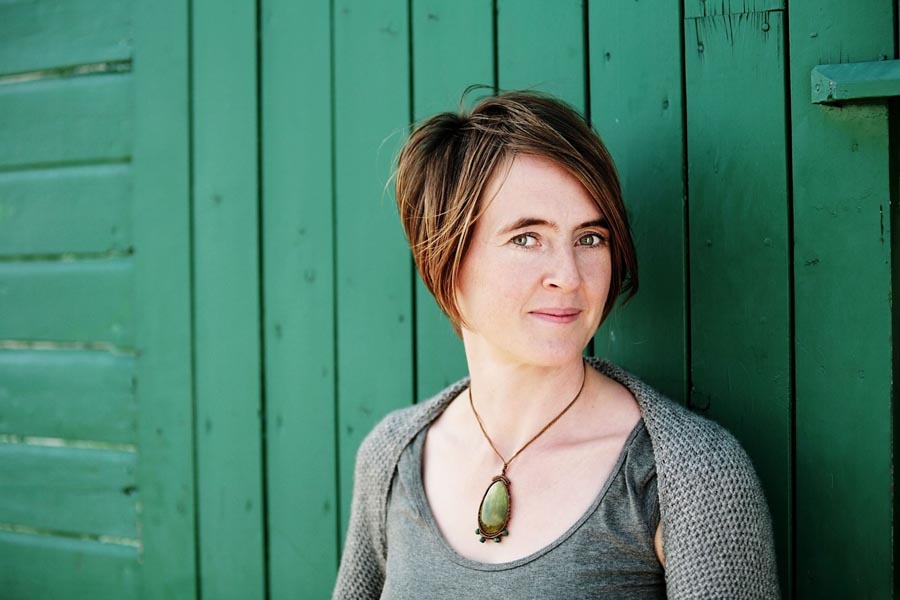 Karine Polwart draws from folk music’s long tradition while keeping pace with the ceaselessly changing times. Her talent for crafting unique, enduring melodies, her gift for saying just enough without overstating her case, the range and dynamism of her arrangements, all come together in songs of powerful contemporary relevance. She also has the purest and most approachable of singing voices, drawing the listener towards her in the same way one might lean towards a late night tale by the fireside.

Her songs deal with humanity in all its many guises: there is tenderness, triumph and sorrow, raised flags of rebellion and independence, flashes of anger at power abused and misused. Perhaps most frequently she deals in spare, unsentimental empathy, often with those who have been dealt the least playable hands in the game of life.

The results have rarely failed to strike a chord. Her debut album Faultlines won three awards at the 2005 BBC Folk Awards, including Best Album. Its follow up, Scribbled in Chalk (2006), contained “Daisy”, a gentle word to the wise to one of life’s givers and truth-tellers who can’t quite comprehend that “there are people in this world who don’t think like you do”. The song won Polwart another BBC Folk Award for Best Original Song in 2007.

But her achievements can’t simply be measured in terms of industry acclaim. Having studied politics and philosophy at university and later worked in the area of women’s and children’s rights, Polwart has always wanted her music to perform some useful social function. In that, too, she has succeeded time and time again.