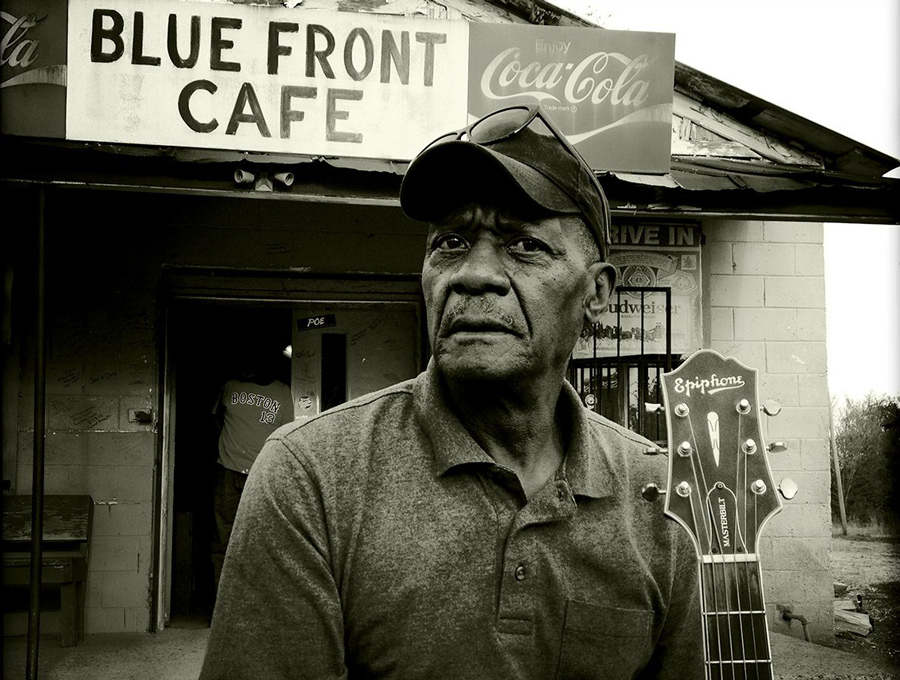 “Make No Mistake: Jimmy Duck Holmes is a major blues figure, the most important active performer in the country blues tradition.” – Paste Magazine

Not only is Jimmy “Duck” Holmes one of the modern-day blues greats, he comes from a tradition and has a story that’s almost as compelling as his singing and guitar.

Duck was born and raised in Bentonia, a small Mississippi town. But his hometown is much more than your usual sleepy southern village. It’s where the Bentonian style of Mississippi Delta Blues was born.

Town resident Henry Stuckey (1897-1966) is credited as the founder of the Bentonia style of raw, soulful country blues, which was carried on by his two famous students, Skip James (1902-1969) and Jack Owens (1904-1997) – and passed on to Duck. They’d all meet and play at the historic Blue Front Café, Mississippi’s oldest surviving juke joint, opened by Duck’s parents in 1948. Duck took it over in 1970 – and runs it to this day.

Now, blues fans from all over the world travel to the Blue Front to soak in its history and hear authentic blues from Duck and others. And Duck continues to make waves in the blues world in return, releasing several recordings with a new one on the way. He’s also been the subject of documentaries, performs and tours, continues to garner a range of awards – and in 2017, was featured on a US Postal Service stamp!

Don’t miss this special opportunity to catch this master bluesman as he performs throughout the weekend at the VFMF.

“His originals are as low-down as anything by Son House, Charlie Patton, or even Robert Johnson. Holmes is the heir to such blues and deserves a pedestal so more people can hear the real thing.” – Classicalite Magazine