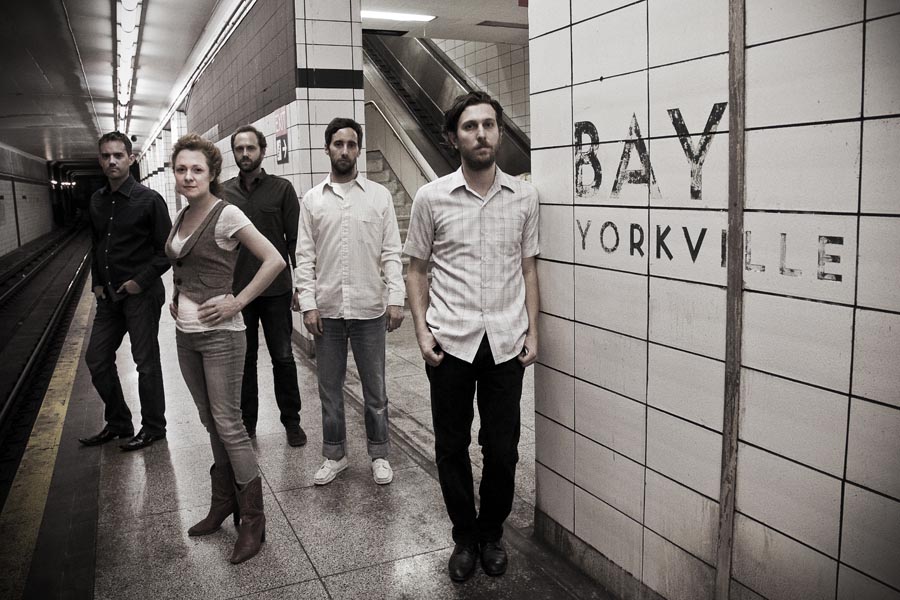 It has been five years since Great Lake Swimmers last visited the festival, but before and even more since, their impact on the folk scene is something to behold.

Led by the unforgettable voice and compelling songwriting of Tony Dekker, the band has received both fan and critical acclaim, with a Polaris Music Prize shortlist and a Juno nomination to their credit for 2009’s Lost Channels, and a 2010 Canadian Indie Awards win. They’ve been busy in the last half decade, on the road, making new fans at home in Europe and beyond, and recording. Theirs is a classic story of how talent and great songs, vision, hard work, smart choices and even patience can build something very good indeed.

It is a truism in the music business too, that the more you tour and play, the better you get. New Wild Everything (2012), the follow-up to Lost Channels, reflected the band’s growth and cohesion. “We’d been touring as a band, and I wanted to get some of that magic and chemistry in the recording process,” says Dekker. “We really developed a sound.” The recording reveals a band that is maturing, developing and exploring some personal and universal themes and, yes, creating some magic.

With timeless melodies telling undiscovered stories, Great Lake Swimmers’ deep respect for folk traditions are at the core of their music. At the same time, they are continually transforming it for new listeners everywhere. Time to catch up with them, wouldn’t you say?