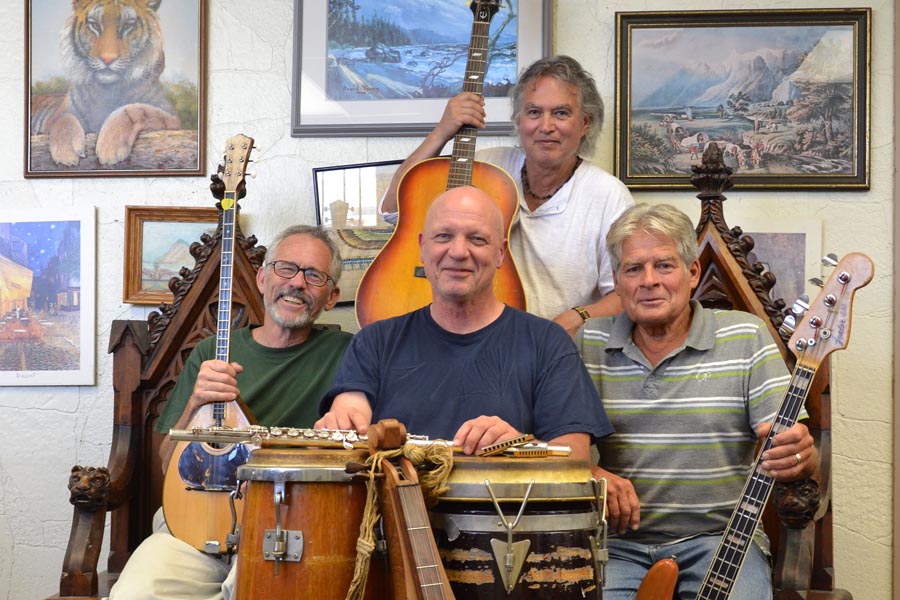 Flying Mountain was a vital and popular fixture on the West Coast music scene during the 1970s. The four members of the group, Dan Rubin, Kuba Suttles, Ferguson Neville, and Rawn Mongovius played a wide range of instruments – and together they created a unique blend of folk, classical and world music that established them as one of the most exciting musical ensembles in Canada.

They toured extensively throughout the seventies, performing more than 300 times in a two-year period. Spontaneous and full of humour, performances by the Flying Mountain were interactive events, where the audience inspired the band and helped create the music. The group also released two highly regarded albums with the help of producer (the late) Simon Garber.

The subjects and styles of the songs were broad and engaging. Flying Mountain could shift from a foot-stomping fiddle tune to an ocean-flavoured ballad in a heartbeat. Their playful sense of celebration often led them to interweave music from many different cultures into their sound.

Fast forward to 2008, when the band released a compilation CD, The Zest of Flying Mountain and presented a celebratory reunion concert in Vancouver.

Although they live in three different provinces now (BC, Alberta and Newfoundland) they continue to create great music together. It’s music that will touch your heart and get your feet flying – as exciting and vibrant now as ever.