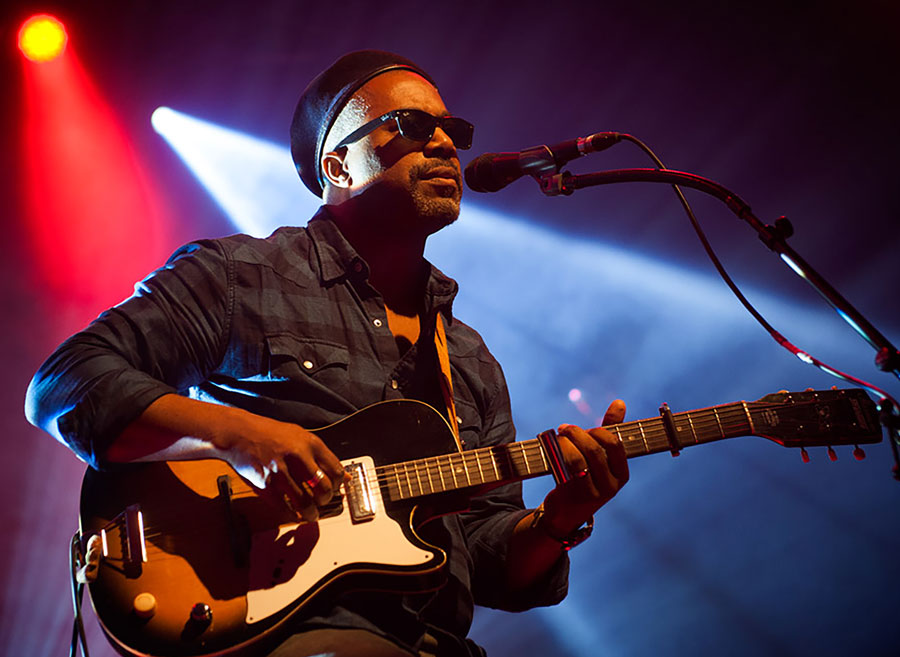 When Napoleon reinstated slavery in the French Caribbean Island of Guadaloupe in 1802, severe repression followed and many people were exiled or fled, some to Louisiana. The group Delgres, with Pascal Danae (guitar, vocals), Rafgee (sousaphone) and Baptiste Brondy (drums, vocals), gives voice to their ancestors, those fleeing slaves who found refuge in New Orleans. Their music revisits the blended songs, dances and tears of those long-lost, drifting souls.

Pascal was born in Paris to Caribbean parents, and traced his intuitive love of the blues back to his ancestral home of Guadeloupe. He named his trio project after Louis Delgrès, the heroic officer who gave his life on the island fighting Napoleon’s edict. What contribution those Afro-Caribbean exiles made to the birth of the blues is the missing link question that fired Pascal’s imagination.

Connections are made, as the trio serves up a menu of creole blues with the hot, raw sound of dust, of struggle and hope – a mystical, swampy blend of Mississippi Delta blues, Caribbean rhythms and Big Easy funk and drive.