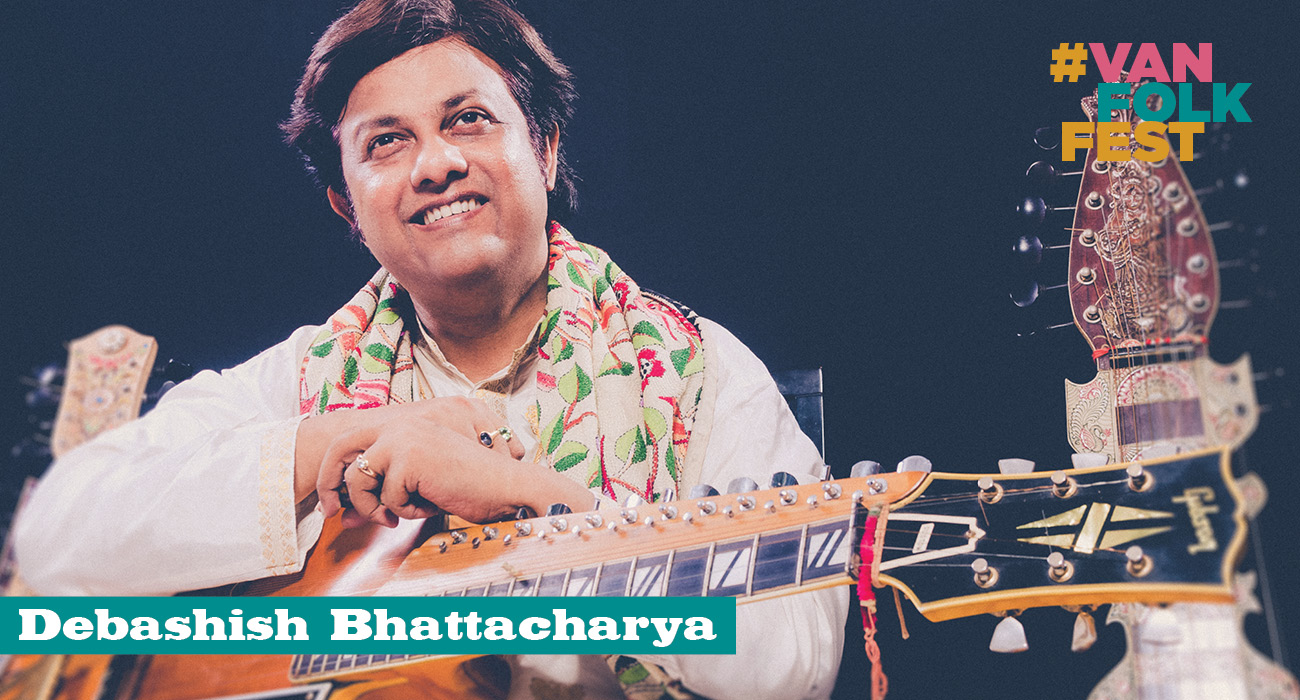 For 50 years, Pandit Debashish Bhattacharya has been mesmerizing audiences the world over. Debashish has elevated the Hindustani slide guitar to the highest level, not only performing, but teaching his unique guitar style to multiple generations.

The artists he has collaborated with include Jerry Douglas, John McLaughlin, Martin Simpson, John Butler, Ravi Shankar, African kora legend Ballake Sissoko, Moroccan oud legend Driss el Maloumi, and many others attracted to his unique playing style and his take on contemporary compositions. Dabashish began playing a Hawaiian guitar at the age of four. Since that time he has created and patented four guitars globally accepted as his own creation, and has given rise to a style of music best described as Hindustani fusion. The productionof his guitars supports six guitar Luthier families in Bengal.

Having played more than 3,000 concerts all around the world and training over 1,000 students, Debashish’s approach to raga music and philosophy of teaching has changed the lives of many. Debashish has redefined Indian classical music on slide guitar. His enormous work on his first 16 stages of slide guitar syllabus is the hallmark of his dedication to his creations, made possible through his incredible talent and discipline.