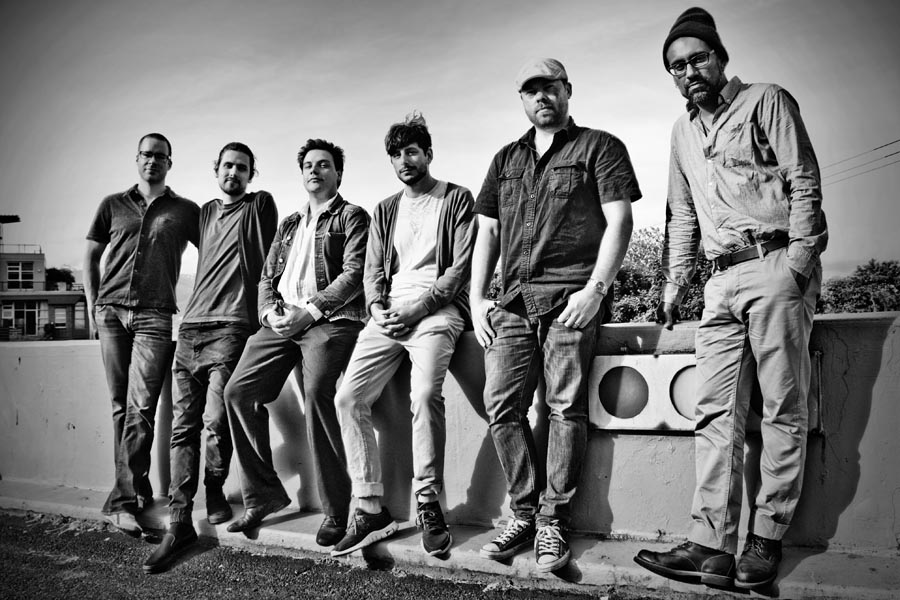 Brasstronaut is a Vancouver-based sextet formed in 2007, with roots in a myriad of musical styles, including pop, rock and jazz.

Since releasing their debut Old World Lies EP in 2008, the band has developed a distinctly unique sound that continues to defy genre pigeonholing. Their ability to weave together unexpected textures of clarinet, slide-guitar, trumpet, noise, synthesizers, voice and rhythms has garnered them international acclaim from notable critics from the BBC to the Toronto Star. The UK’s Independent newspaper called the band’s sound “a new way forward”.

Another describes them as having an “ever-evolving promise: to tirelessly chase, like the elusive light of an imaginary sun, brave and startling new inventions.”

Their first CD, Mount Chimaera, was widely-praised for its diversity, which “seemed to bound over borders and history with equal aplomb: jazz and pop encountered genres as distant as klezmer and electronica.”The recording was long-listed for the 2010 Polaris Music Prize, and “Hearts Trompet” from that the album garnered them the 2010 SOCAN Echo Songwriting Prize. They have gone on to release a second CD, 2012’s Mean Sun, and are currently at work on their third full-length recording.