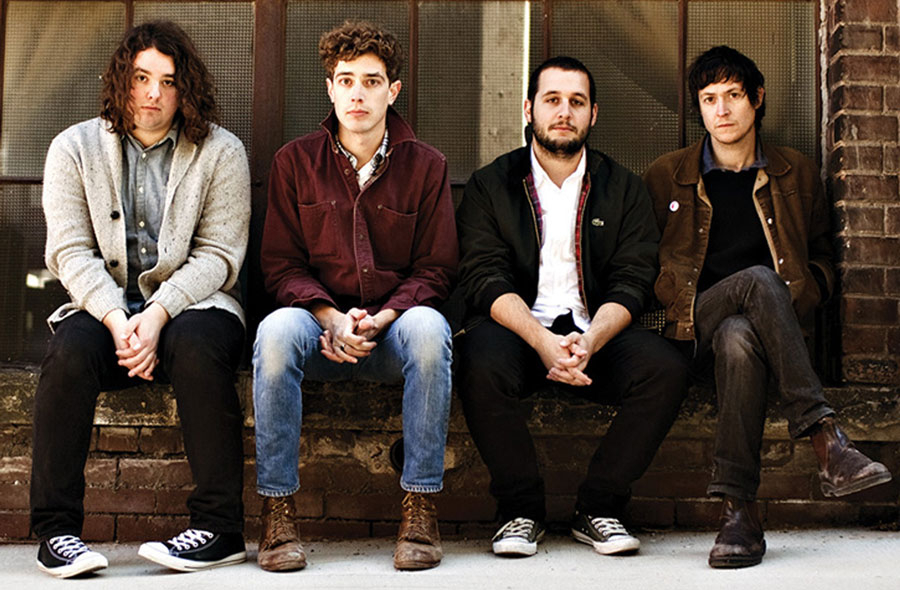 Since their formation in 2004, Born Ruffians have been honing their craft and evolving their sound. Their straightforward honest songs, crafted with the twenty-something generation in mind, have strong harmonies, catchy choruses and hummable melodies that are downright addictive. Their pure energy and upbeat performances earned them a nomination for Breakthrough Group of the Year at the 2014 JUNO Awards, as well as hords of fans across the land.

Cousins Luke Lalonde and Mitch DeRosier, along with their friend Steve Hamelin, formed the band while attending high school in Midland, Ontario. Originally named Mornington Drive, the guys moved to Toronto in the mid-’00s, rechristened themselves Born Ruffians, and added new band member and multi-instrumentalist Andy Lloyd.  To date they have released four acclaimed albums, toured extensively and had their songs featured on commercial campaigns in the US, the UK and Australia.

They are currently signed to Yep Roc Records in the US and Paper Bag Records in Canada. In 2013, the band went back to their roots to spend a spring and fall isolated at a haunted farmhouse in rural Ontario to record their fourth studio album, Birthmarks.  While some of the album was born on the farm, many of the songs were conceived long before. Lalonde would write and demo constantly on his laptop, at home, on tour, in Toronto, Montreal, Midland, Australia, France, Germany, everywhere.

It’s the sound of a young band passionate about music making and taking their craft seriously, steadily growing in depth and maturity. We’re looking forward to being a stop along the way.