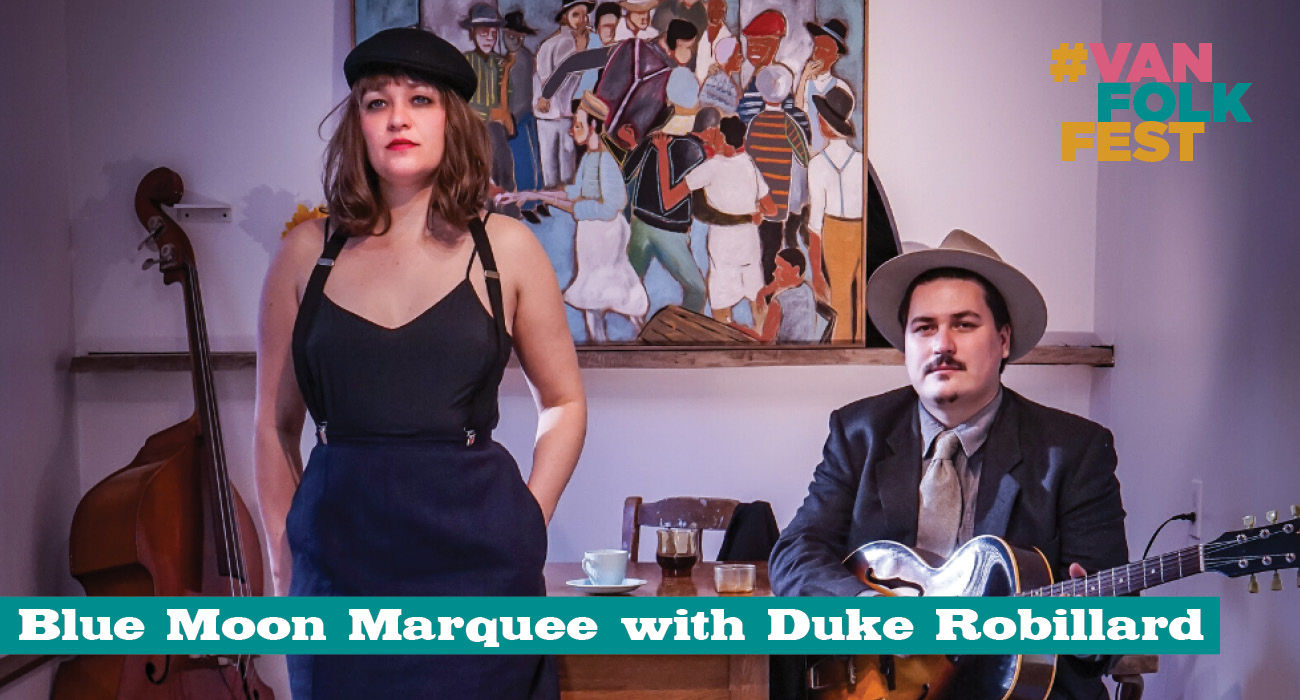 Blue Moon Marquee is a swinging blues band born of the wild rose country, Alberta, Canada. They were nominated for a 2021 Canadian Folk Music Award for Songwriter of the Year, the Western Canadian Music Awards Blues Artist of the Year and selected to participate in the International Indigenous Music Summit’s documentary series “Giiwewizh” (To Carry Home) that premiered in June 2021. They currently make their home in an island shack on the coast of the Salish Sea. A.W. Cardinal (vocals/guitar) and Jasmine Colette a.k.a. Badlands Jass (vocals/bass/drums) write and perform original compositions influenced by anything that swings, jumps or grooves.

Blue Moon Marquee’s passionate performances and smouldering onstage chemistry are their trademark, and the way Colette’s tones lift A.W.’s mystique is something that has enthralled audiences from back room bars to festival stages to velvet-seated theatres.

Blue Moon Marquee is primarily a live duo with the energy and sound of a full band. Colette, the rhythm section, not only commands the upright bass but also brings the swing with her feet on the kick drum, snare and high hat, all while singing harmonies. Cardinal is of the screaming and hollering blues tradition with distinctive thick and smoky vocals that barrel out like a raging bull. His guitar crackles with the swinging energy of jazz-tinged blues. They are appearing at VFMF 2022 with Duke Robillard.