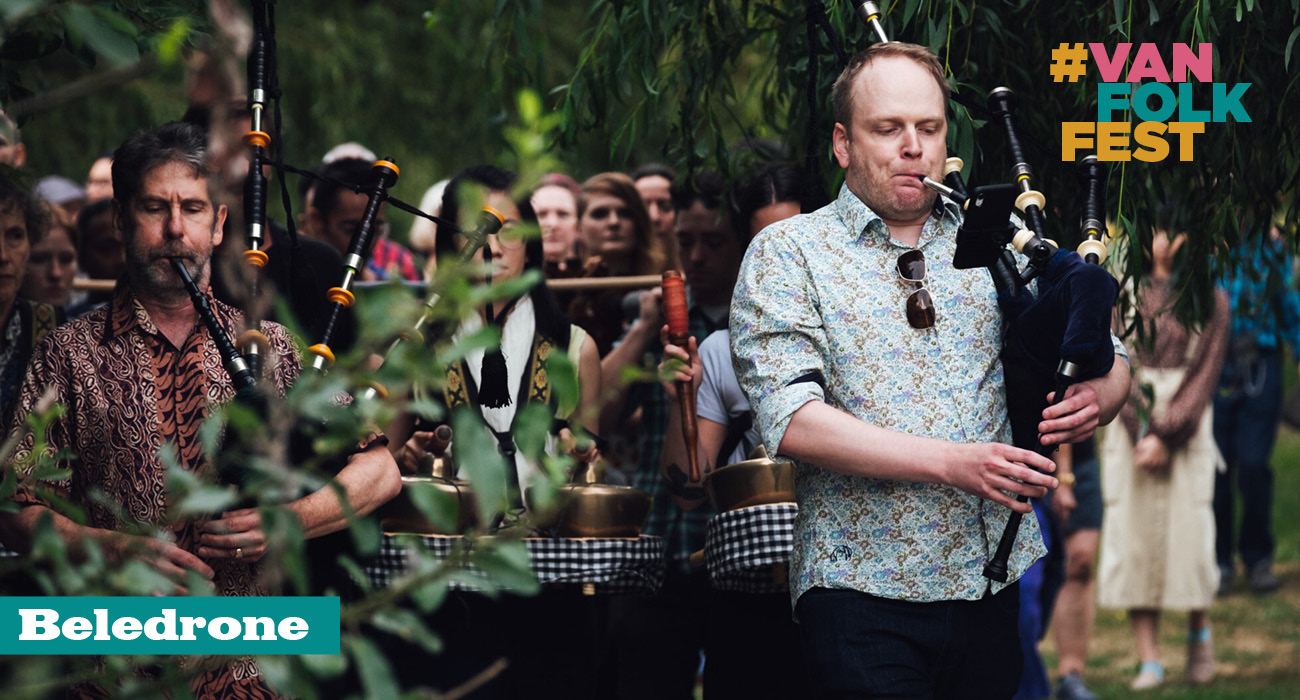 The Ensemble was formed in 2011 by Michael O’Neill in collaboration with I Wayan Sudirana, a Balinese musician and instructor of gamelan at UBC (gamelan refers to the gongs and metallaphone-based orchestras of Java and Bali). As a long-time bagpipe player, O’Neill noticed the similar traditional role played by Balinese processional gamelan beleganjur and Scottish highland bagpipes in cremation/funeral ceremonies and other rituals. Combining these with Ukrainian-style singing and Western classical strings, Beledrone has become known for its “earthy and ethereal sounds” (Music on Main) and virtuosic performances.