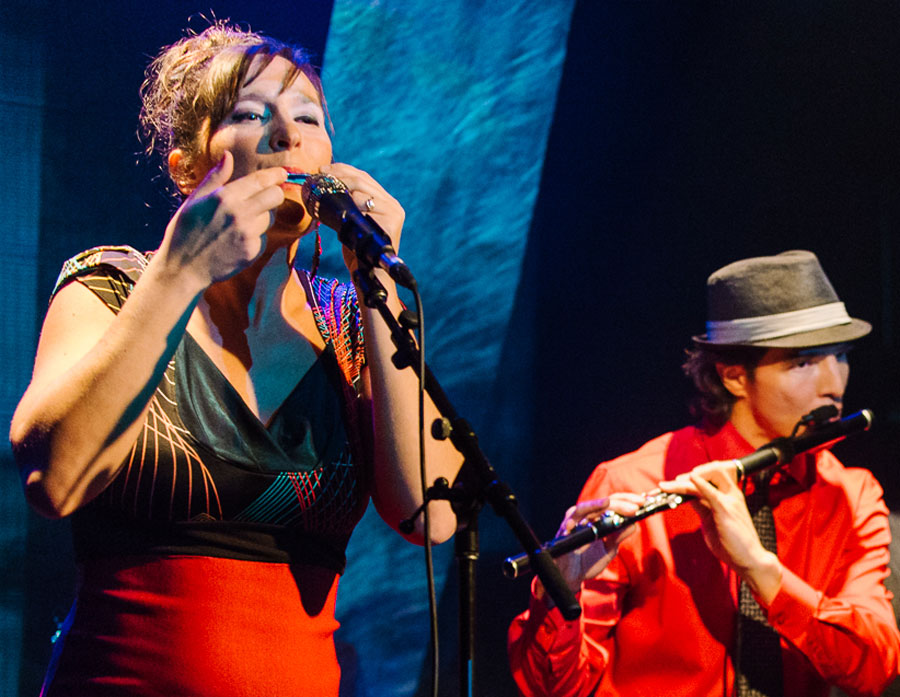 In a fantastical feat of time travel,  popular Québécois chanteuse Mélisande brings together a feminist perspective, great songwriting chops, electronic beats, and the cutting edge music influences of modern Montréal to re-interpret some of the oldest songs from Québec’s musical history.

Mélisande [électrotrad] examines the plight of women in traditional Québécois music with passion and creativity. Along with her accomplice, Alexandre du Grosbois-Gerand, Mélisande’s songs talk of how the women of the past struggled under the heel traditional culture, finding clever ways to assert their own identity.

You’ll hear all the key elements of traditional Québécois music: la turlutte (lilting mouth music), les complaintes (old ballads), les chansons à répondre (call-and-response songs), and the beautiful melodies from old world France; but you’ll also hear elements of alternative rock and pop, even rock. As Mélisande digs deep into the traditional music of her heritage, she proves that the past isn’t cast in stone, and that our musical identity is our own to create – and proceeds to do just that.