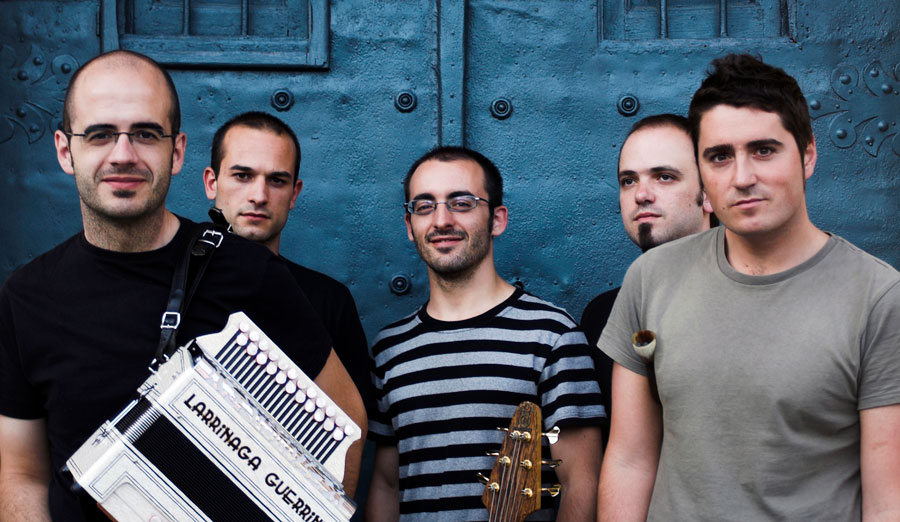 The Korrontzi folk band from the Basque Country in Northern Spain was formed back in 2004 by trikitixa (Basque diatonic accordion) player, Agus Barandiaran. He wanted to give Basque and Biscayan folk music and Basque ancestral and traditional sounds a more contemporary feel, while not straying too far from a musical heritage based on the trikitixa and other ancient instruments like the txalaparta (percussion) and alboka (woodwind).

To that end, the group incorporated varied contemporary and mainstream instruments such as the mandolin, bass guitar, electric contrabass and other percussion, and musical influences from around the globe, to create great Basque roots music with a global flair.

The band takes their name from an old trikitixa player who used to go from his farm on donkey to the Biscay town of Mungia’s main square and back every Sunday – bringing cheer to the villagers who gathered there to listen to his songs.

The group has shared that same joy in their culture, language, dance and music with folks all around the world to applause and great acclaim. Now, to us, Korrontzi brings the rich tapestry of colours and landscapes found in traditional Basque music & dance with a unique and forward-looking vision. Prepare to be enthralled!