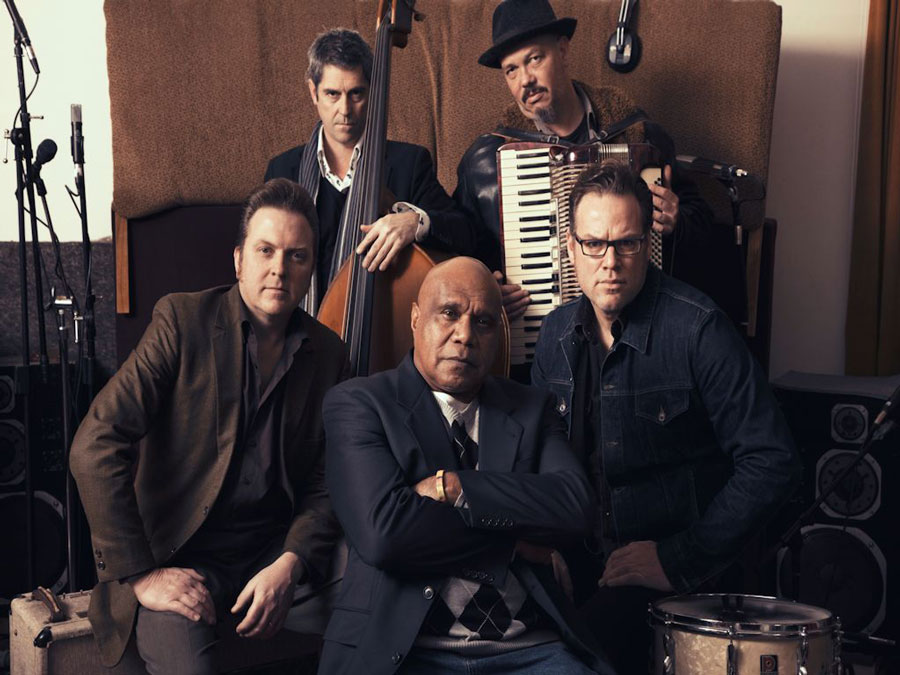 *Unfortunately, Archie has had to cancel his performance at VFMF due to illness.

Born in Framlingham Aboriginal Mission, near Warrnambool in southwestern Victoria in 1956, Australian singer/songwriter Archie Roach’s name gained national prominence in the early ’90s with a folk-inspired sound that was fused with traditions from his indigenous heritage.

One of the Stolen Generation of children taken from his family and place in a non-indigenous household, Archie survived a turbulent upbringing to develop into a powerful voice for Indigenous Australians. He’s a storyteller in the tradition of his ancestors, an advocate, mentor, role model and activist, as well as an internationally respected artist whose voice and message have resonated far beyond his homeland.

His singer-songwriting career began in the early 1990’s, when his debut recording, Charcoal Lane was named one of Rolling Stone Magazine’s Top 50 albums (1992). Roach’s heartbreaking ballad, Took the Child Away, about his own experience as one of the Stolen Generation, was a powerful statement that resonated in that country and, in time, with people around the globe.

Following that album’s success, Roach spent the next years recording and touring with acts like Joan Armatrading, Bob Dylan, Billy Bragg and Patti Smith. With his long time life and musical partner, Ruby Hunter, they established themselves as leading lights of Australian folk and aboriginal music.

Roach’s life experiences have challenged him, he’s had triumphs, setbacks, and suffered great loss when Ruby passed in 2010 – but his music, his will, his voice has survived. He’s an advocate, a mentor, a role model, an activist, the “elder statesman of Indigenous music” (The Guardian, 2017). In 2016, he released  his 10th recording, Let Love Rule.