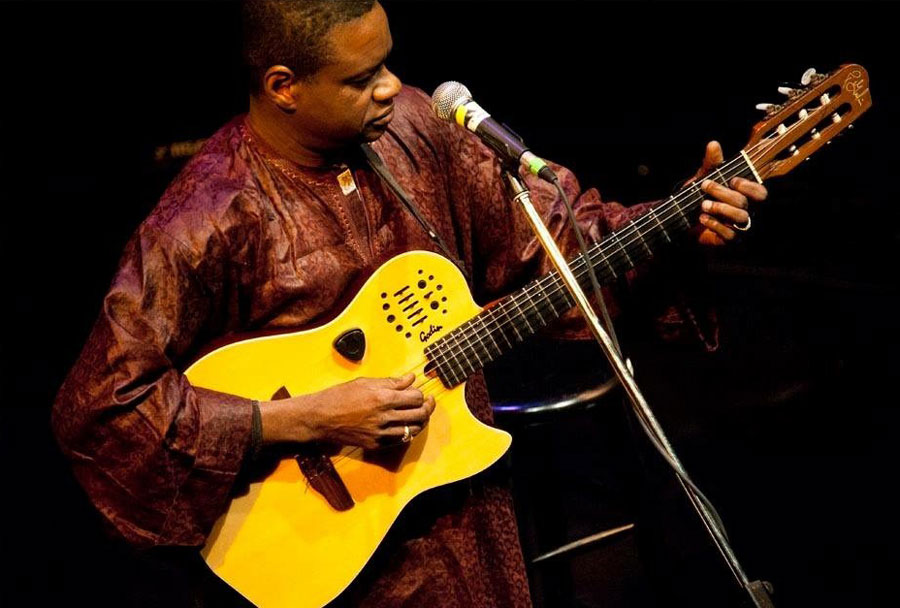 Guinean-born guitarist, vocalist and songwriter Alpha Yaya Diallo has been a formidable force on Canada’s world music scene since the early 1990’s, with three JUNO Awards to his credit to date. His signature guitar-driven sound, skillful way with the balafon, rich vocals and deep and abiding passion for the music of Africa, and particularly West Africa, continues to draw audiences to his recordings and concerts across this land and far beyond.

Growing up in Guinea, Alpha was frequently on the move with his family. He grew up exposed to cultures and musical traditions from the Malenke, Sousou, and his own Foulani people. Later he spent time in neighbouring Senegal and became immersed in the popular and powerful mbalax rhythm, and  influences from Cape Verde and the Caribbean. Alpha was discovered in 1990 by Peter Gabriel’s Real World Records when he was touring as the lead guitarist for the group Fatala – and around that time, he made Canada his permanent home. He performs in French, English and his native Guinean languages of Foulani and Souso.

Today he remains one of the hottest artists on the world music scene, setting stages afire with his melodic grooves and driving African rhythms – legendary for the excitement of his live shows.